January 11, 2021
Pete CastleComments Off on My Covid Year 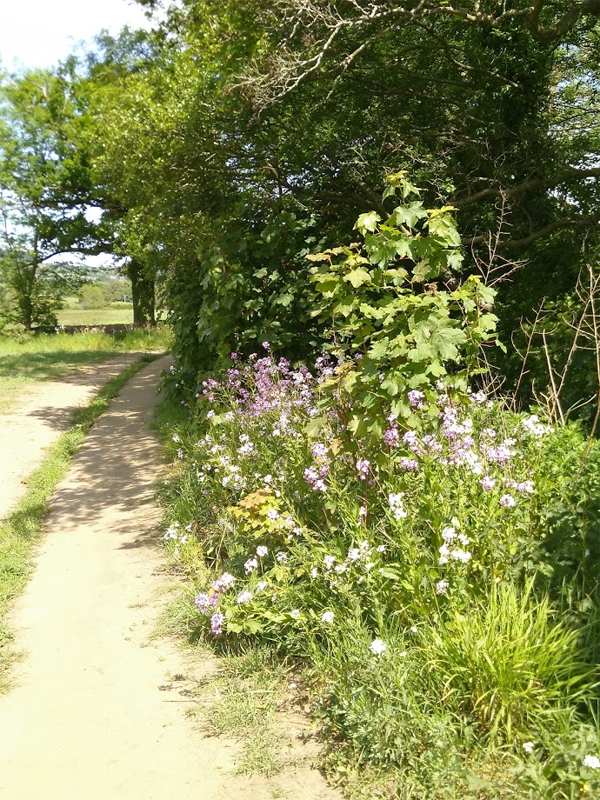 2020 started quite normally. In January I walked along the footpath by the River Derwent and wondered at the damage done by the floods at the end of the previous year. Whole heavy lumps of concrete had been moved, railings washed away, footpaths demolished and debris deposited above head height in trees. The fields were covered with a layer of silt and I commented that it was like the Nile floods. I little knew that I would spend a lot of time repeating that walk over and over in the following months.

In February I ran a short course on folk music for the local U3A and there were a couple of little gigs for local societies.

Then in March we became aware that there was a virus spreading around the world and it had reached Britain but we had little idea about the real danger and the effects it was going to have. By the 11th March people were getting worried and things were beginning to be cancelled and I was quite surprised that the talk I was booked to do for a church group in Draycott went ahead, especially as most of them were ‘elderly’. It turned out to be the last proper face to face gig I did in 2020 so I’m glad it was quite a good one.

By the following week things had changed. We decided not to go to the film at the Ritz, Belper’s local cinema, and my chiropractor appointment was cancelled (repairing damage done by years of guitar playing!) I still haven’t been able to go. now well over a year. Luckily, I’ve had no real trouble—a few minor aches which a paracetamol and some exercise has controlled but nothing much…but then I haven’t been doing much in the way of guitar playing!

Over the past couple of decades I haven’t really played for myself for pleasure like I used to when I was in my teens and twenties. I get the guitar out to practise for a particular gig or to learn something new but it is usually with a purpose. In the spring I made a point of practising most of the songs in my repertoire (a couple of hundred, probably) just so that they were there when I needed them, but then, as more and more gigs were cancelled I lost interest and didn’t get the guitar out for weeks, perhaps even months. What was the point? By that time all my gigs for the year had been cancelled and I was becoming disheartened. It even crossed my mind that this was the excuse I needed to hang it up and retire for good. I could continue producing Facts & Fiction and writing but perhaps leave performing. (Many of the cancelled gigs were pencilled in for 2021 so they are still there… perhaps.) But, when I really thought about it I realised that I didn’t want to give up. Little things happened: people said things, someone bought some CDs, there was a comment on You Tube, and I realised that I needed to continue. Telling stories, playing guitar and singing songs is what I do. It is what I am. At some point I realised that I hadn’t put a new live video on You Tube for ages. I’d posted a couple of tracks recorded at concerts a year or two ago, there were some ‘slide shows’ of songs off CDs, but nothing new. So I got the gear out and recorded a song and a story. And I really enjoyed it. There was no audience but I knew I was aiming the performance at one and it gave me a boost. I was quite pleased with the results which didn’t seem stale and posted them on my You Tube channel. Interestingly they followed the usual pattern—despite having basically the same amount and kind of publicity the song has had nearly twice as many views as the story. That is always the case.

One of the slide shows I posted earlier in the summer was the song David Oluwale from my 1984 LP Punks Delight. It is a ballad written by the late Audrey Smith about real life events in Leeds when a Nigerian immigrant was hounded to his death by members of the local police force. (The event was very similar to those depicted in the Small Axe series on BBC TV) When I recorded it the story was almost unknown—there was no internet in 1984 of course. It is a powerful songs and I’m very pleased with my version. It received a lot of praise when the LP first came out. I posted it in 2020 to tie in with the Black Lives Matter campaign but it has had a very disappointing reception—one of the least viewed tracks from the past few years. Is that because people don’t know what it is about? Is it a sign that the folk scene is racist in a lazy sort of way? It can’t be that people have been offended by it because they haven’t even clicked on it to watch. I suspect it’s because the would-be audience don’t recognise the title and are scared of the unfamiliar.

Earlier I mentioned walking along the River Derwent in Belper… Through the spring I repeated that walk and variations on it over and over. From my house I can be in the town centre in 10 minutes or, if I go the other way, in the countryside in the same time. There are dozens of interesting walks and I did them all. I did a lot of exploring… I know this walk very well indeed but I wonder what happens if you turn left here instead of right? That sort of thing. The weather in the spring was beautiful. I walked through fields which were bounded by banks of wild flowers and alive with insects and butterflies. It was like going back a century. At first I would very rarely meet anyone but those I did meet were very friendly and very keen to stop and talk—at a distance of course! I vividly remember my first walk on the first day of the March Lockdown. It was disconcerting, almost scary! I started by walking along the main Ashbourne Rd, the A515, for about a mile and in all that time I was passed by one car going in each direction! It was like being in a science fiction film. Was I the only person left alive?

I belong to a U3A walking group and we go for regular walks of about 6 or 7 miles. In normal times there can be up to 20 in the group (which is too many for comfort, it takes too long to negotiate stiles and gates) and we share cars to go to more distant starting places. Once Lockdown eased we were able to restart the walks but in groups limited to 6 and starting from Belper so that cars weren’t needed. I, personally, found this ideal. As we’ve gone in and out of various Tiers we’ve started and stopped this several times.

The gigs I lost over the year ranged from low key talks to local interest groups, through regular annual events like Tenterden Folk Festival and the Derwent Valley World Heritage Site Discovery Days Festival, to several new ones which I was looking forward to. Some of them attempted to put on a ‘virtual’ event and I shared some You Tubes with them but I wasn’t that keen.

Everyone else was going head over heels into Zoom performances. I wasn’t keen on that either. There were several reasons: the main one was that I didn’t have the equipment! I use a PC. At the beginning of 2020 I’d bought a new one (which I am very pleased with) and ‘trained’ it to suit what I need. It took a surprising amount of time— everything is working and then you suddenly discover that you haven’t got an app to do… whatever it is. On the PC I didn’t have a camera or mic. I could have used my old laptop but it is… old! The standards would not have been good enough.

That was my other doubt. I saw quite a few things which people had Zoomed or videoed in various ways and the standard was often very poor—out of focus, chopped off heads, looking the wrong way. I did not want to do substandard work. But as the year went on people got used to it and learned what they were doing and things improved. It became obvious that we were not going to be able to do live performances again for the foreseeable future so I started to think about Zoom… And then I was asked if I would be interested in doing a Zoom talk later this year and that was the impetus I needed to sort myself out. I bought myself a decent camera with built in mic (a bit of a saga in itself) and then learned how to use it. I started off by just watching a talk, then took part in an open mic type storytelling event, and then, just before Christmas did my own concert of songs and stories—Pete Castle’s Nearly Christmas Show. Belper Fringe hosted it and we charged a token sum (£2 per head) which went to the Belper Food Bank. Over 60 people watched and we raised well over £100. It was a bit strange at first getting no audience reaction—I could see half a dozen people clapping or smiling and knew the others were there but it was better to have no noise than too much! It reminded me of when I used to run a radio programme and I’d sit there for an hour or two talking to myself and hoping someone else was listening! The secret is, I think, to imagine that you are a listener and talk to that listener.

Very soon after that I was asked to do another one by Wirksworth Heritage Centre. That is an actual paid gig although I’m only charging them a token sum. I’ve done quite a few story walks around Wirksworth so I’ll use some of that material and then branch out into some more general stories and songs.

I’m also planning on doing a Zoom book launch soon. My new book for The History Press is due out in February if all goes well. I was originally supposed to get it to the publishers around 1st May 2020 for publication in November. I did so although they were all furloughed and working from home. Then I heard that all their publications were delayed so it wouldn’t be published until later in 2021, a whole year after I’d finished it. I thought I would have forgotten all about it by then! Then it was brought forward again to February. Will it be? I hope so. I’ve seen the cover and looked at the proofs so it well under way.

It is another in the expanding Folk Tales series. This one is Folk Tales of Song & Dance. It is a collection of tales and ballads about bards, minstrels, singers, musicians, dancers and the people who carry the songs and tales around. I’m really pleased with the scope of it and the range of material. It covers stories from pre-history to the present day and all parts of the British Isles plus a couple from further afield. Some of it is material I’ve known and used for decades but there are some new ones—new to me that is—which I like a lot.