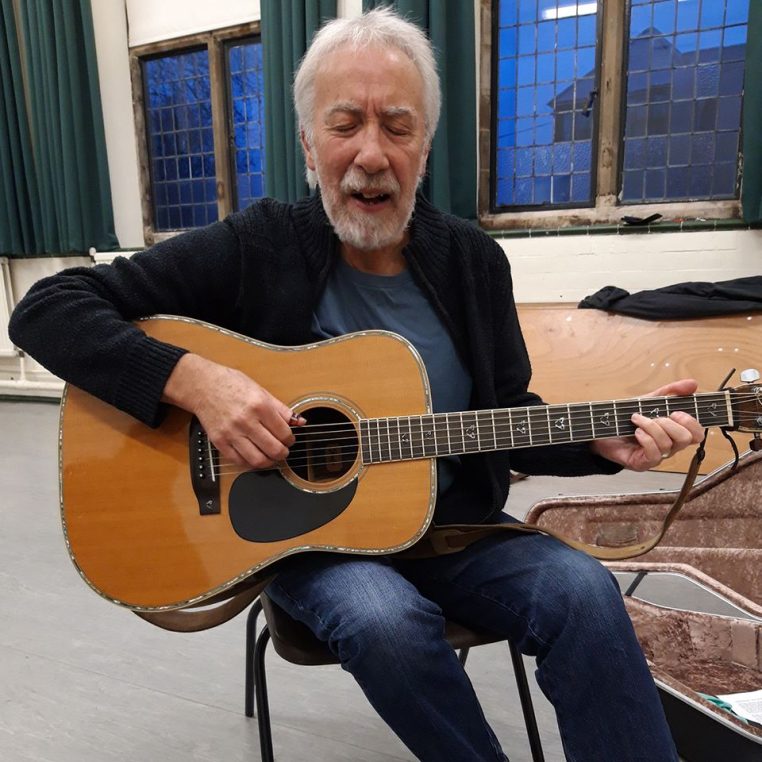 NEWS UPDATE: Since Christmas I haven’t done any live performances and I don’t have any coming up for a while although this year is already busier than last year was—it’s just that all the gigs are coming in a couple of blocks later in the year. What I have been doing though is radio and TV plus my own on-line bits and, of course, Facts & Fiction.

I hope to get a link I can add here…

RADIO. Just before Christmas Jon Bickley and Steve Yarwood from the Invisible Folk Club came up to Belper from Bedfordshire and we recorded over 2hrs worth of material for their pod cast.  (They’ve also used some of the songs I recorded in their regular programme since.) The podcast is available as 3×45-minute programmes in which we talk about folk music, storytelling, my career and a lot of other things. If you have the time take a listen. All three programmes are here but you may need to scroll down a bit as they may have uploaded others since mine!

Jon and Steve are also chasing up the archive recordings of Bedfordshire Folk Songs which I recorded for Luton Museum back in the 1970s.

YOUTUBE: For the past few years I’ve posted what I laughingly call a ‘Monthly Video’ on YouTube—laughingly because I only managed 6 last year! Some are actual videos, some are slide shows; some are song, some are storytelling. There are over 60 there now so take a look at those too. The most recent one, which is proving very popular, is a local song about lead mining in the Wirksworth area—The Blobber and the Windmill Lease.

BLOG: Over the past few years I’ve written 40 something blog posts on a mixture of subjects. The most recent expands on the YouTube video mentioned above.

FACTS & FICTION the storytelling magazine which I have now edited for 20 years! Have a look at ‘other half’ of this web site to get some idea of what it’s about. It’s mainly about storytelling but we often include song and traditions and a lot of the content is equally relevant to anyone in the ‘folk arts’.

« LPs FROM THE 1980s: A FEW AVAILABLE
BELPER ARTS FESTIVAL »